We wanted to watch music videos on TV again. So we created FreqSho, the ultimate app for music fans. It won third prize in a national developers contest sponsored by Samsung, debuted at CES 2012, and launched its public web-based platform at SXSW Music/Interactive in 2016.

A few years ago, Jim had an idea for app. He had been doing some research on Internet-connected televisions, and decided it would be awesome (in the vintage, 80’s sense) to be able to watch music videos on his TV again. To explore the possibilities, he assembled a talented and enthusiastic team of software developers, and so began what is referred to in certain circles as a “passion project.” A bunch of nights and weekends later, we saw the first prototype. It worked. In an instant, Jim was watching music videos of his own choosing on the biggest screen he owned, through the best sound system in his home. The app was like an entire Camaro-full of “bitchin’,” “dope,” “rad,” “boss,” “gnarly,” and bonafide “awesome” all packed into one clever little piece of code. Jim was psyched. And FREQSHO was born.

FreqSho allows fans to create comprehensive video music channels for any artist on any Internet-connected device. 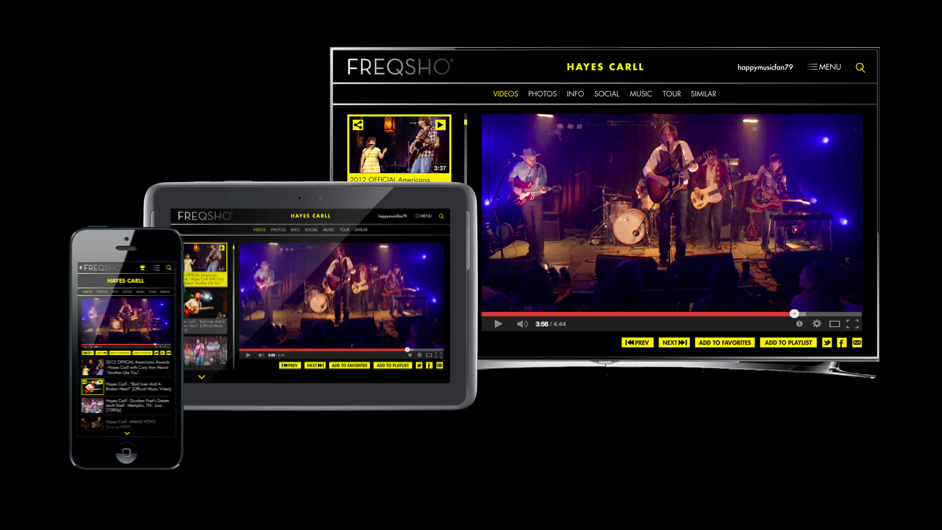 Shortly thereafter, we entered the app into an annual developer’s contest sponsored by Samsung. Based on the contest criteria to integrate the SmartTV-app with at least one other device, we worked to create a mobile version of the app that would let users begin their experience on their phone or tablet PC, then transfer that experience to the big screen when they got home. In preparation for the contest, we also enhanced FREQSHO with new features so that, in addition to populating music videos from trusted online sources, it was able to gather other relevant online music content like band info, photos, and artist-related social media. The resulting app allowed all fans to generate comprehensive music channels for their favorite artists on any Internet-connected device they own. FREQSHO won third prize in the Samsung developer’s contest. The prototype debuted on the world stage at the Consumer Electronics Show in Las Vegas in January 2012.

We were told there were over 2,000 journalists present when Samsung announced the contest winners at this press conference. 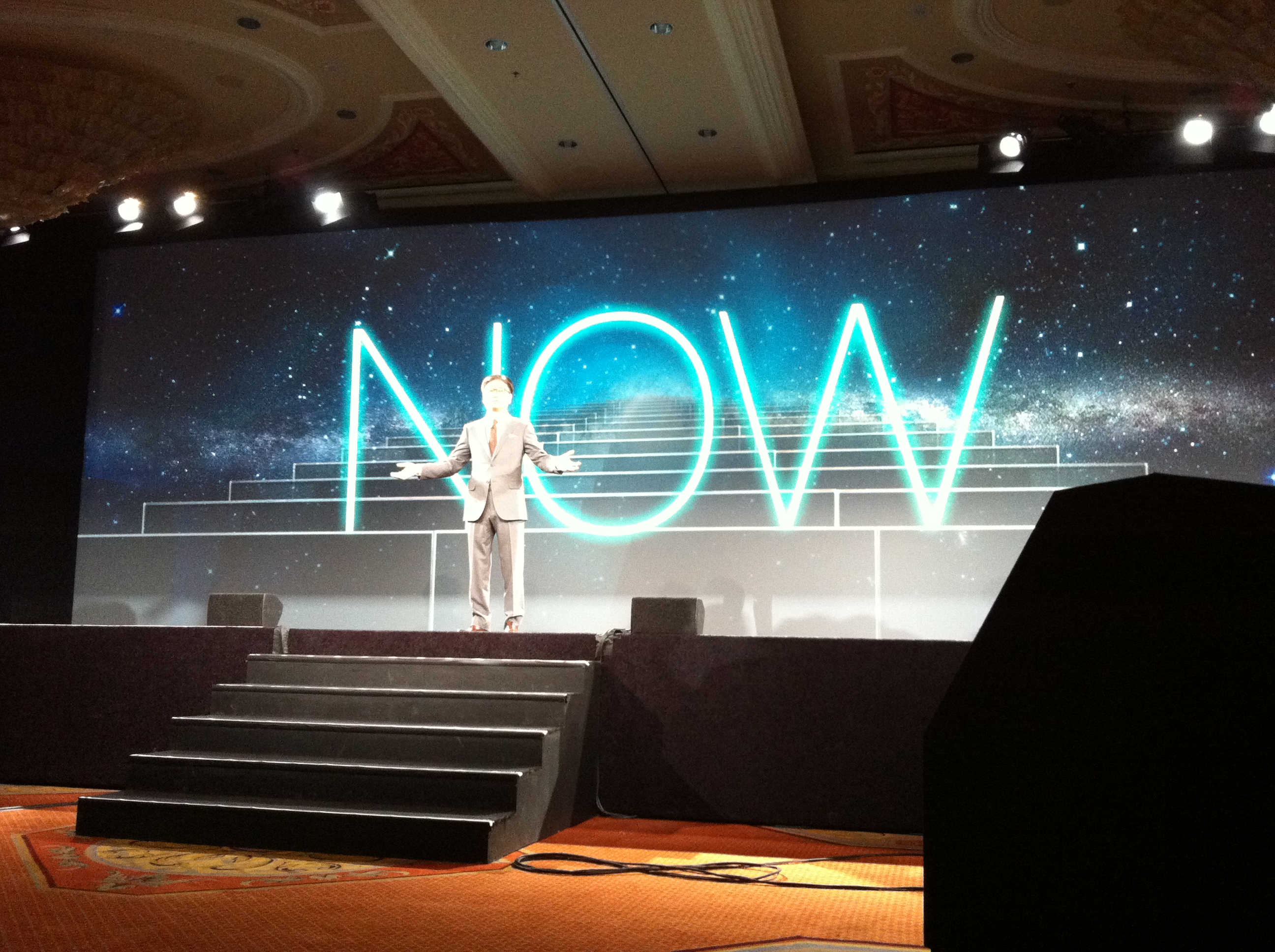 Jim presenting FreqSho at the Samsung booth at CES. It was like Science Fair all over again, only way better.

Since CES, FREQSHO has made great strides toward becoming the ultimate app for music fans. The initial prototype launched on Samsung connected-TV devices, the private beta was released at the SXSW Music and Interactive Festival in 2015, and the first web-based version of the platform was recently released as a public beta in 2016. You can take it for a spin at freqsho.com.