“Who Is Getting One?”

American Express OPEN wanted to generate buzz, awareness, and advocacy amongst the nation’s business elite to launch their newest small business credit card, the Plum Card. We executed one of the most improbable premium give-aways ever conceived.

In 2007, American Express OPEN decided to launch a new product, The Plum Card, targeted at exceptionally enterprising business owners and the highest tier of OPEN Cardmember prospects. Through a strategic media partnership with the Inc. 500 Conference in Chicago, OPEN immediately gained access to one thousand entrepreneurial superstars and alumni being honored in Inc. magazine’s annual list of the 500 fastest-growing companies in America. These three days of power-networking, inspiration, and celebration set the stage for a highly coordinated, three-phased launch promotion. The activation included a buzz-generating teaser phase that paid off with American Express giving out a thousand fully-activated iPhones loaded with Plum-branded content, which not only energized the conference experience but also allowed attendees to stay connected to their business peers and (Amex OPEN) long after the event was over. 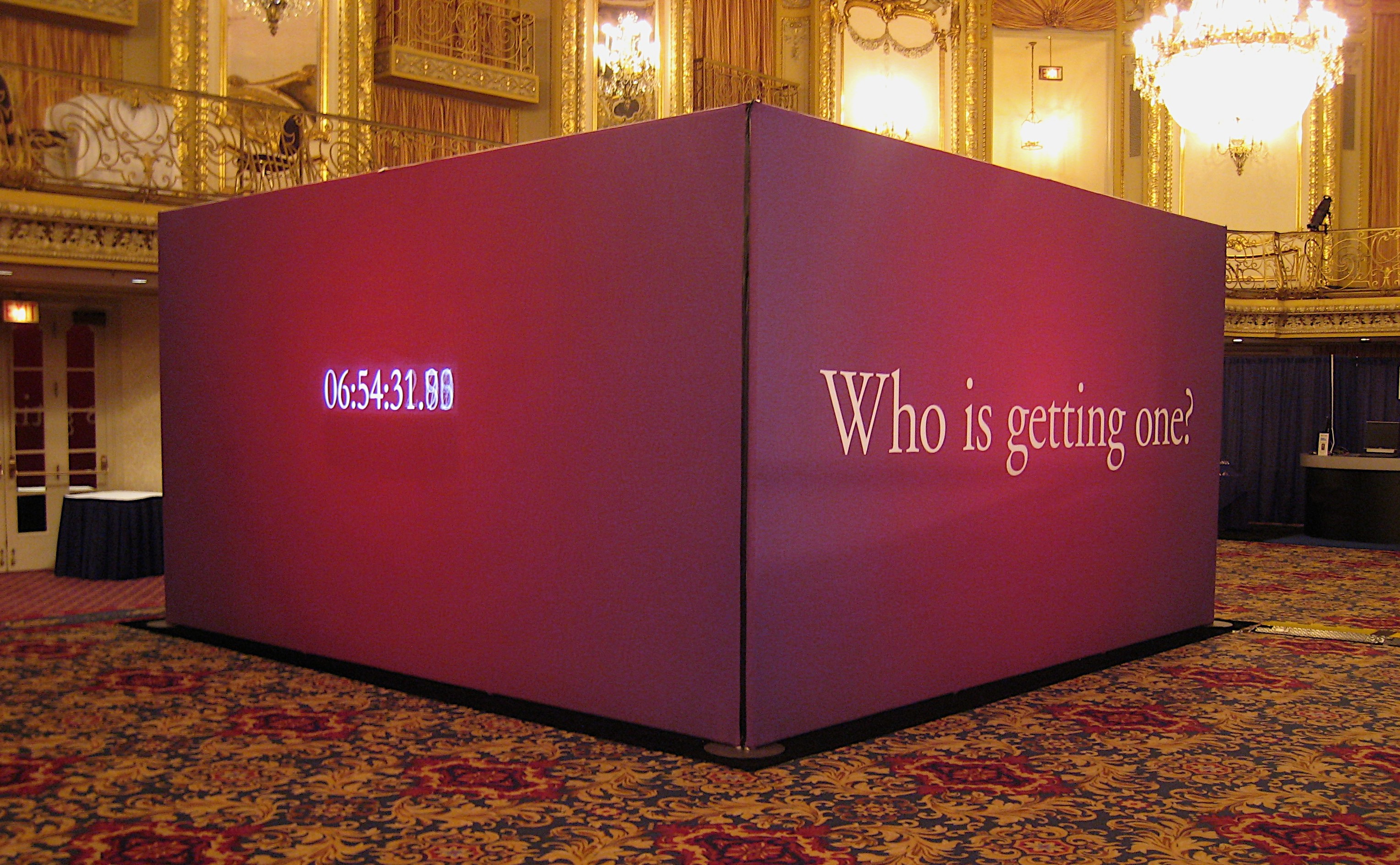 The “Tease” portion of the launch involved a mysterious plum cube on the tradeshow floor, displaying only a countdown timer and the question, “Who is getting one?” 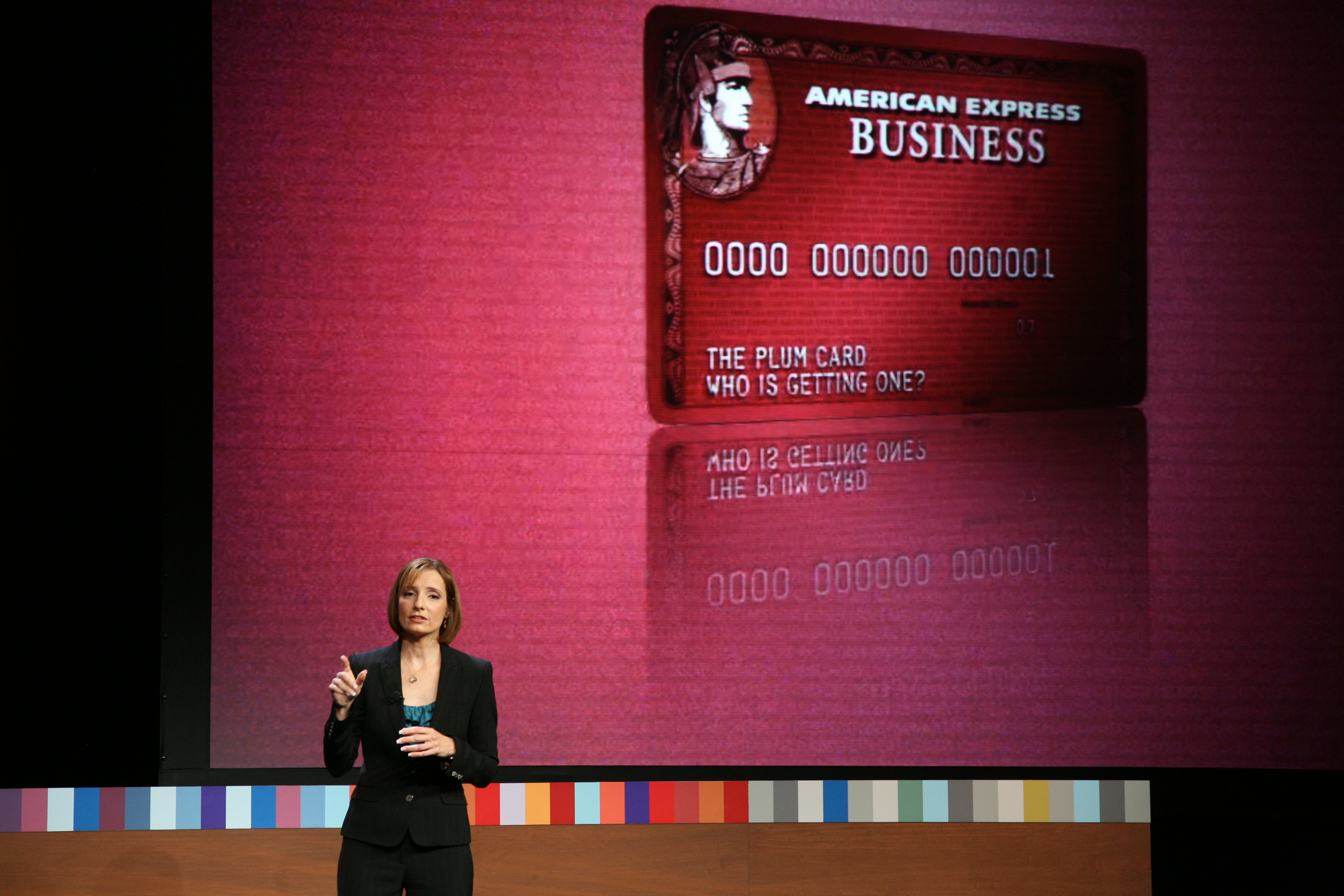 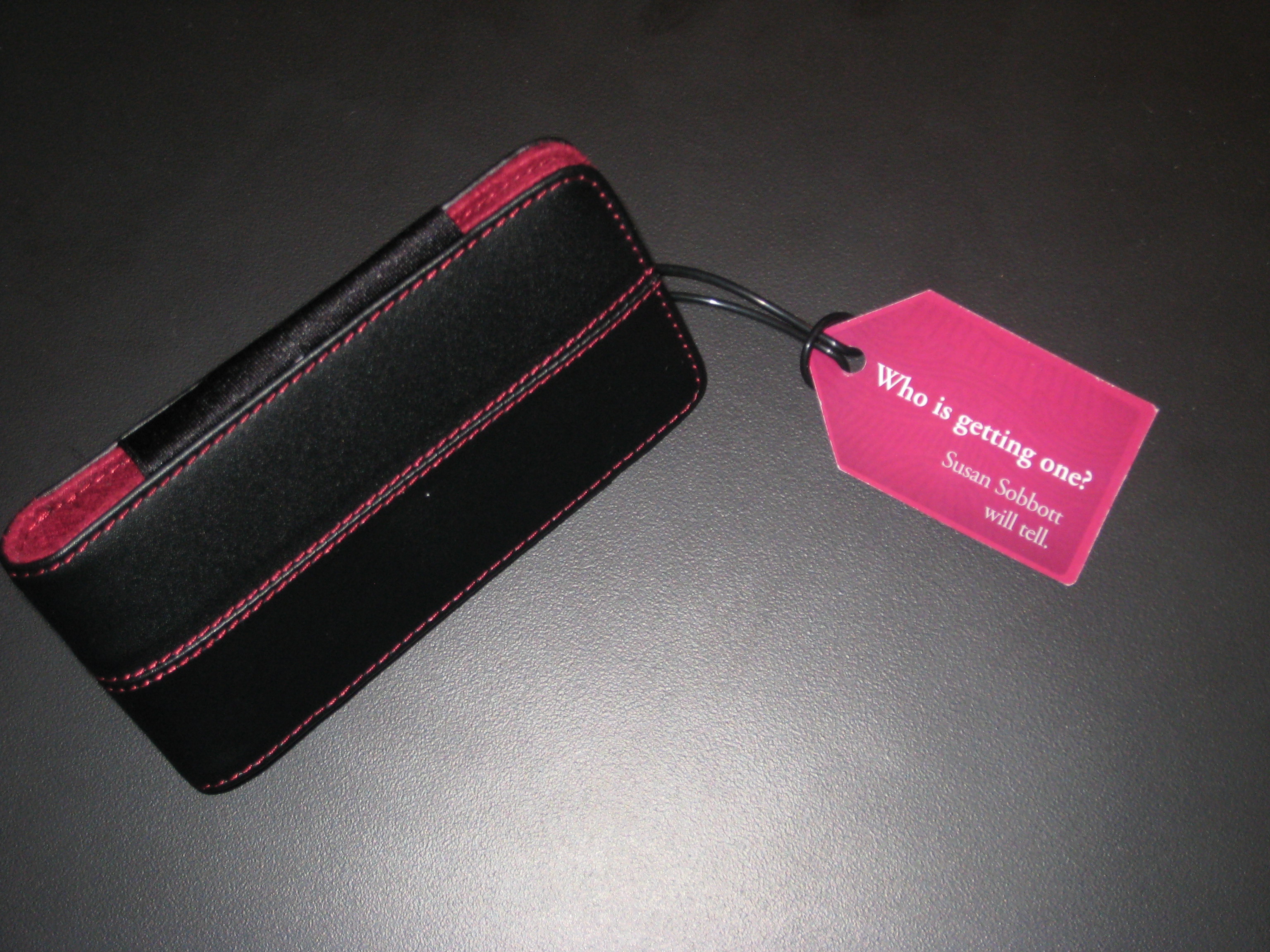 …while a plum-branded iPhone case is clipped below every attendees chair.

Meanwhile, on the trade show floor, the mysterious cube was deployed into a highly-functional booth. Part iPhone distribution center… 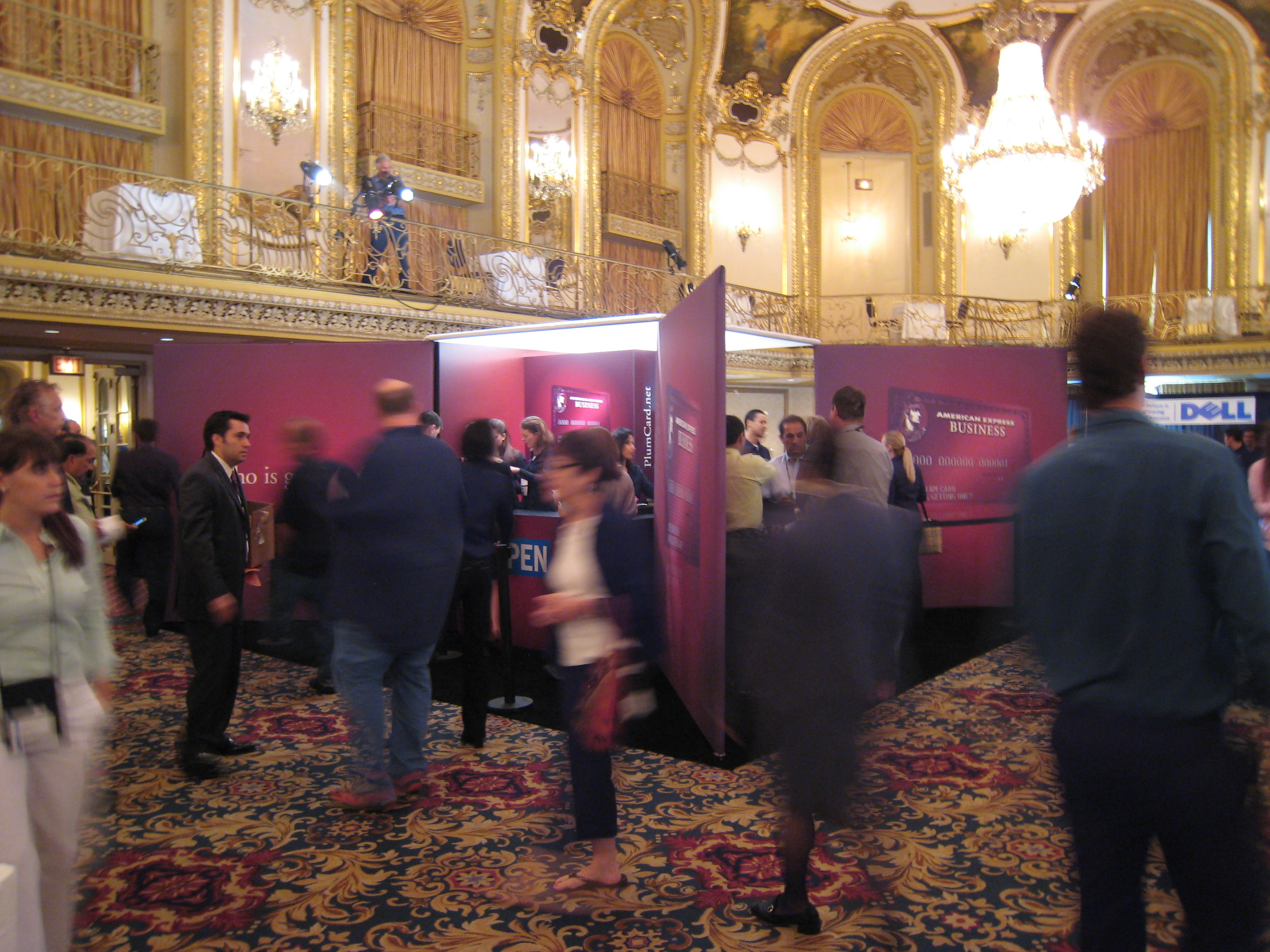 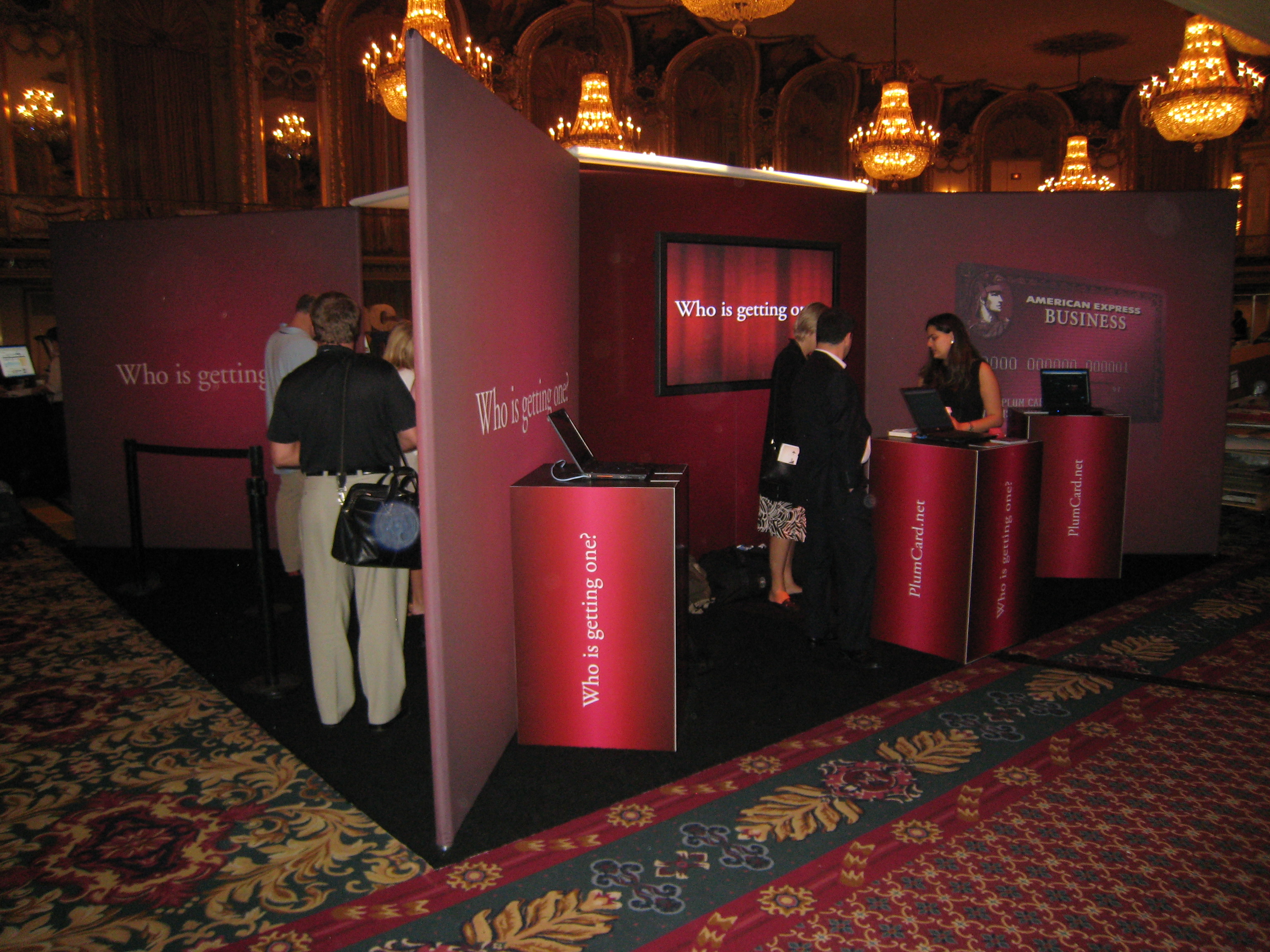 …and part meeting space for the business team to interact with potential customers.

All 1000 members of the 2007 Inc. 500 received a Plum-branded iPhone, pre-loaded with product information and vital networking data from the conference. 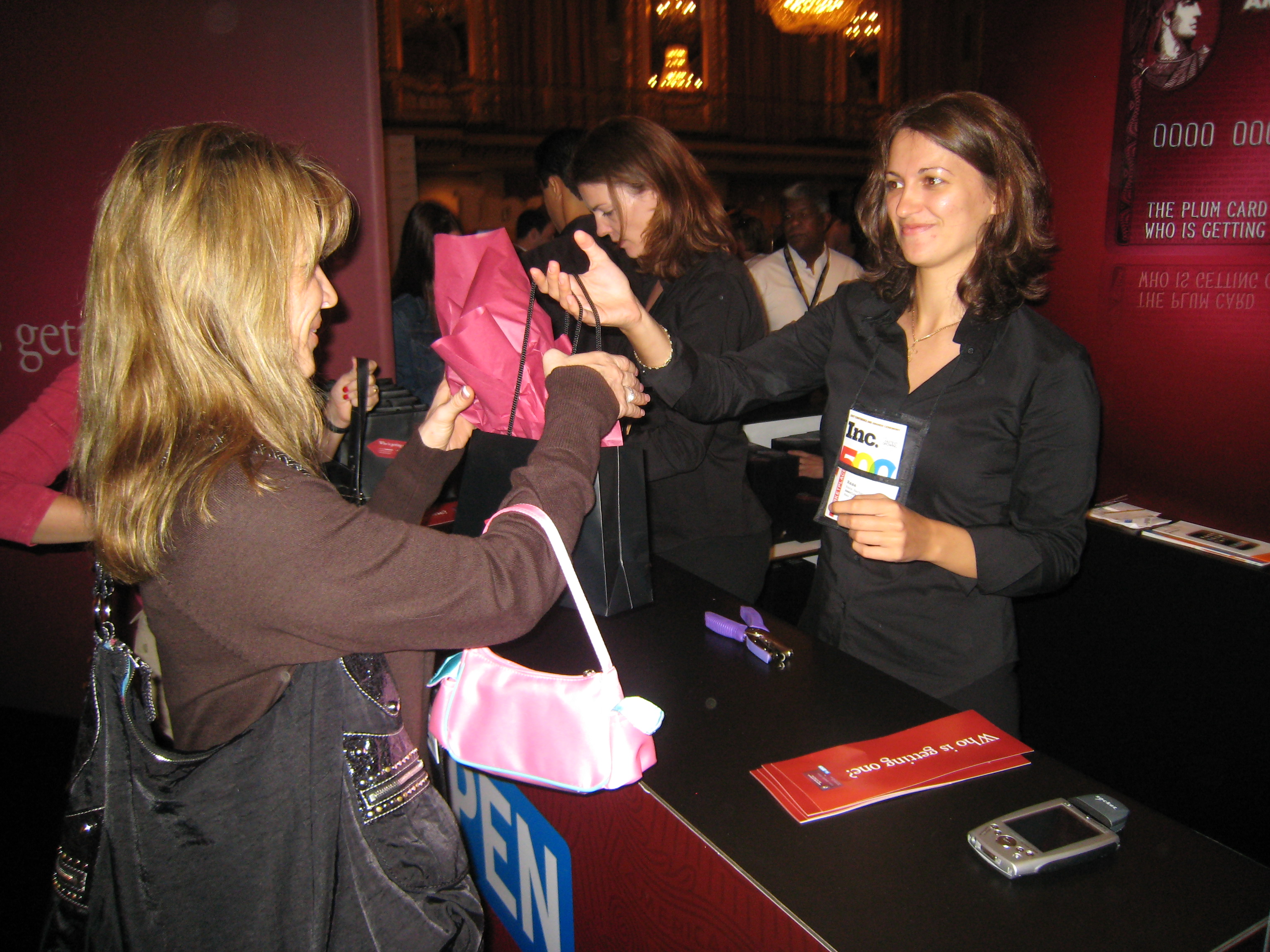 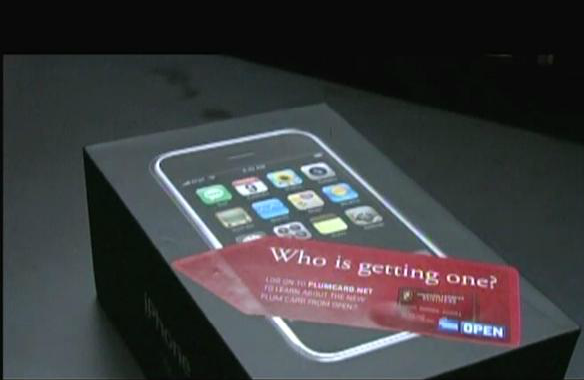 This degree of brand personalization, premium deployment was achieved only two months after the very first iPhone was released to the public in July 2007.